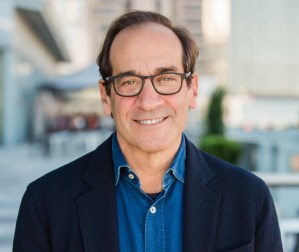 Jesse Fink is a venture philanthropist who has dedicated the past two decades to working on solutions to climate change and other environmental issues. Jesse began his business career as a forest and land manager for Georgia-Pacific and later held marketing and operations management roles at Citicorp and CUC International. He then joined Jay Walker as Chief Operating Officer at Walker Digital where he co-created and became founding Chief Operating Officer of Priceline. Upon leaving Priceline in 1999, Jesse and his wife, Betsy, who he met in forestry school and also worked at Priceline, became pioneers in the field of impact investing, providing funding and strategic advice to social entrepreneurs.

In 2006, Jesse co-founded MissionPoint Capital Partners, a private investment firm focused on investments in the emerging clean technology and environmental finance sectors. Subsequently, Jesse co-founded MissionPoint Partners to guide other families and foundations in their pursuit of Impact. MissionPoint Partners incubated ReFED, a non-profit focused on accelerating solutions to food waste, where Jesse served as Founder and inaugural board Chair, and remains a board member. Out of MissionPoint Partners evolved CapShift, a mission-driven platform to enable the trillion dollars of U.S. charitable assets to access a broad array of impact investment opportunities. CapShift is the manifestation of the systemic issues of impact investing to accelerate the maturity and growth of the sector as a whole.

In this episode, Jesse shares his approach to catalyzing impact through the fusion of multiple forms of capital and through systems-wide analysis. He takes us on a ride through his endeavors with his wife, Betsy, from local, family farming to mapping food waste, on a quest to find global solutions to climate change. Jesse reveals the natural progression of his impact journey as a result of nurturing human capital. Jesse and his family continue to work from the ground up, supporting, mentoring, and learning from entrepreneurs, artists, farmers, researchers, and many others living intentional lives.

“When I do something locally… mentor somebody or feed a family, that recharges me, enabling me to continue to take on these daunting but hugely important issues. Being supportive of folks on the ground who are so well-intended has a ripple effect on our own activities that is very gratifying.”
– Jesse Fink

Listen to this episode by registering or logging in here.