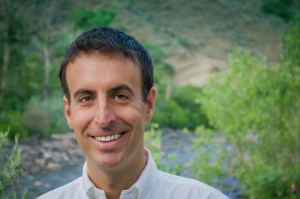 Curator of Poetry of Impact

Only recently in my life have I realized where my journey was meant to lead: becoming attuned to natural rhythms. It took a long time to gain this awareness—a period of  physical, mental, and spiritual symptoms of asymmetry.

All my life, I’d had an interest in how money worked. So, it made perfect sense to take the path I took:  a finance degree, then a  first job at a financial services company. Problem was….within months, I found myself falling asleep at the keyboard!

What was wrong? A simple matter of soul misalignment. Which, of course, my boss diagnosed in much less elegant language when he came upon me dead asleep at my computer, tapped me on the shoulder, and gently said, “Gino, this isn’t going to work for you.”

He was so right. But, then, what was going to work for me?

I found out when I enrolled in a master’s program in communications. There, I met Ralph Waldo Emerson for the first time and was exposed to an understanding of other ways to live in the world, ways more eternal than circumstantial. 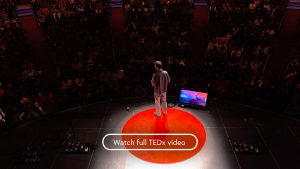 And it was a game-changer.

Until this point? My life had been all about “circumstance.” Finance is circumstance. Money is not a topic to explore; it’s the end goal. The circumstantial world is about problems and solutions. However, I found that topics out of the realm of of money and circumstance — fate, freedom, nature, power, self, truth, loss, and love — were what  enlivened me. Eternal topics aren’t about problems and answers; they’re about ongoing discovery.

Thus, having found something that called to me, I was moved to explore these eternal topics. I spent five years metabolizing the philosophical dialogues of Emerson, Nietzsche, Heidegger, Plato, Socrates, and more, in a Ph.D. program on philosophy at Purdue University — immersed in an eternal world void of circumstance. All that remained was finding where my personal circumstances would allow me to go from there.

It was far from professorship and academia that I found that place of personal “circumstance” at last:, venturing deep into the backcountry, I found “grounding” in the Great Basin Desert. Now, I’d grown up on a California dairy farm, so I had already been in what most of us would call the country—but never had I experienced the depth of space and stillness that the backcountry offers.

Lost in the vastness of open space, stars, and silence, I came into  alignment at last. I didn’t have to think my way into alignment; in fact, I couldn’t. The natural world is so far beyond ego and will that when I surrendered to it and let it wash over me, it did the alignment work all by itself. From hot springs to desert survival courses and solo quests in the hinterlands of the Eastern Sierra and Northern California, I felt balanced.

Which brought me back to the questions that had led me to this place from the beginning. How could I bring the backcountry into the front country? I wanted to; my interest in money and finance still lingered, and I wanted to find a way to join the eternal to the circumstantial. So, I searched for others who were living intentional lives around money—making intentional investments to uphold the sacred values of the natural and social worlds.

This was how I met my current business partner and founder of OpenPath Investments, Peter Slaugh, who was implementing a community resiliency model called “Urban Village” into apartment complexes. OpenPath birthed me into the world of impact, providing a playground for my interests in not only money but community, love, environment, and design. My work in social-impact real estate has been the basis for allowing the poetry of impact to unfold before my eyes.

This has led me to share what I have learned, speaking to those in the world of money about impact investing, multi-family real estate, community resiliency, and wealth stewardship. I’ve experienced teaching these ideas at Impact Hub SF, Gratitude Railroad Network, TedX University of Nevada, Impact Summit Asia, Threshold Foundation, and Toniic.

At these many intentional gatherings, I have established the habit of checking in with my aliveness—what I call my “luminosity meter,”  or my alignment. Thus, while the rich content of grammar initially pulls mein, it doesn’t hold my attention. The space still feels secularized, still centered around too much information for information’s sake, with one’s heart abandoned on the sidelines. Since I do not know the depth of the individuals around me, the “who-ness” in the “who” leaves a richness unmentioned, something unlived.

The poetry of impact was born as an opportunity to continue attuning to life’s rhythms while honoring my own circumstance, a way to allow the eternal to come into contact with circumstance — in this case, money. This unraveling perspective provides a space for all the seekers, dreamers, rebels, and tricksters walking the edge of aliveness with me to explore topics that can often seem alien in the world of money…but eternal topics that can, in fact, heal the syndrome of disequilibrium.